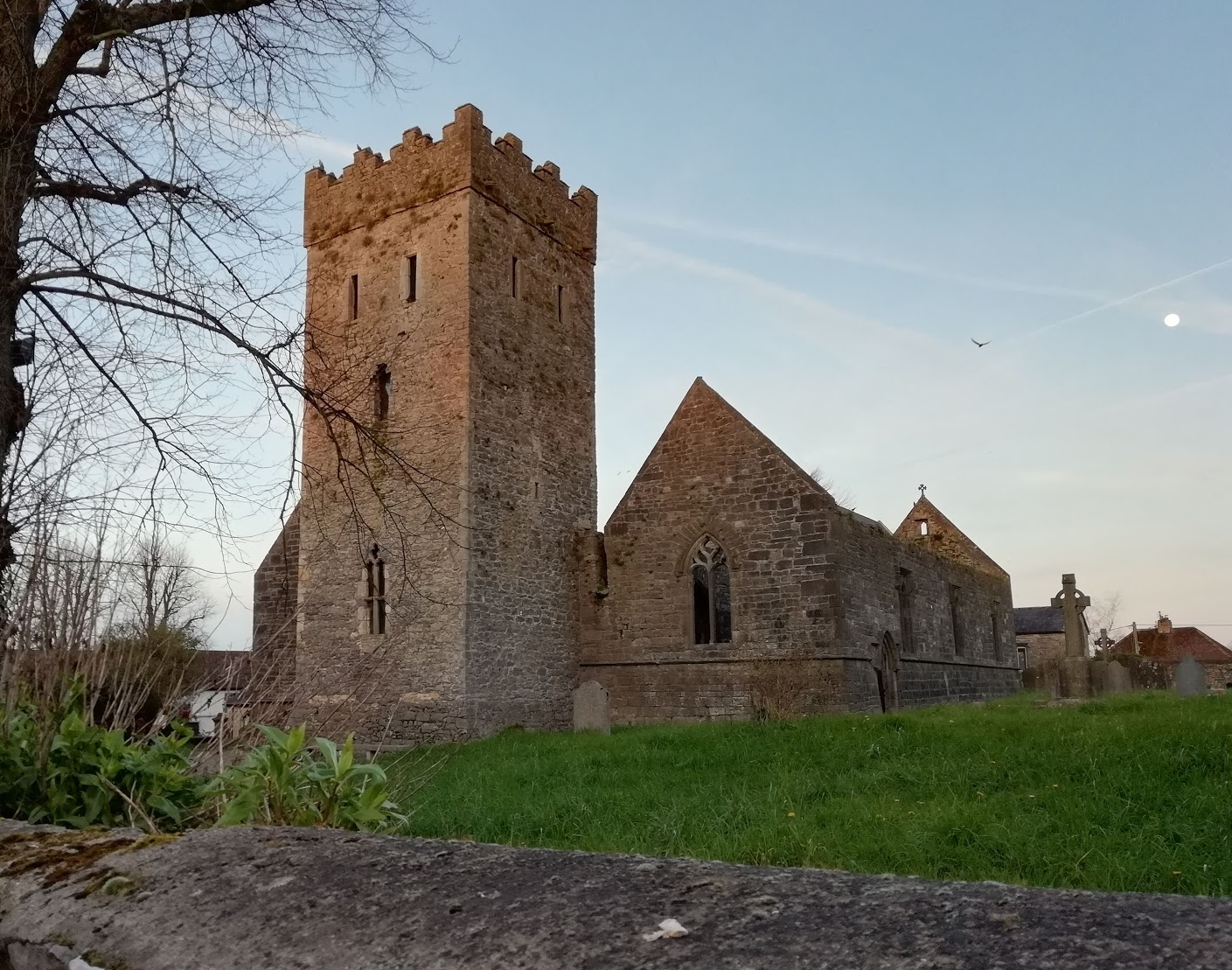 St. Mary’s is located in the centre of Callan, on the corner of Green Street and West Street.

History:
St. Mary’s Church was built c. 1250 by Hugh de Mapilton, Bishop of Ossory. All but the west tower was replaced c. 1460. A carved “Trinity Stone,” depicting the Trinity, is one of only a few surviving and was sculpted by Rory O’Tunny c. 1520. It was rediscovered in 1974. A chapel was added in 1530. The chancel continued as a Church of Ireland (Anglican) place of worship until the 1970s.

Church:
The church is a nave and chancel with north and south aisles, which have four-arch arcades. The chancel and choir are roofed, and inside the choir is a square baptismal font. There are tomb-chests in the church but no effigies: one depicts a skeleton and another vaulting and tracery. The north doorway depicts a carved head of a woman wearing a distinctive horned headdress of the Tudor era.

Should you wish to visit St Mary’s then please refer to the access details below.