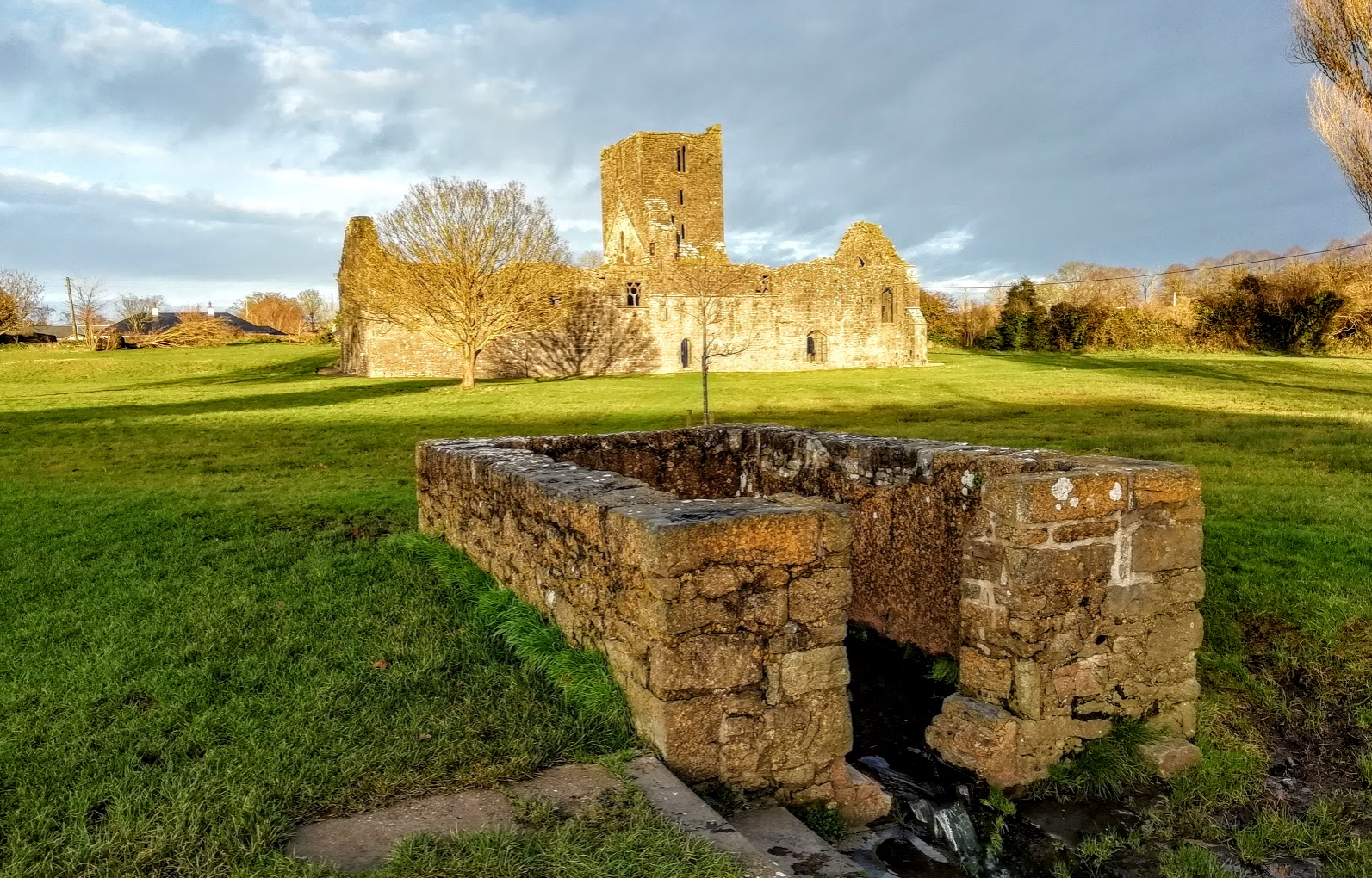 History:
Edmund Butler of Pottlerath, a noted patron of literature, successfully petitioned Pope Pius II for the foundation of the friary in 1461. After Edmund died in 1462, the actual buildings were erected by his son, James, probably after 1467 when he received a papal 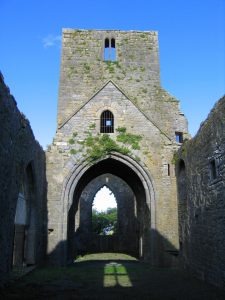 dispensation to marry his concubine, to whom he was related. In 1472 the friary became observant—its community adopted the fashion then spreading across Europe for the strictest observance of the monastic rules — and in 1479 it became the centre of the Irish Observant Congregation. After it was closed (dissolved) and its lands confiscated by the order of Henry VIII in his campaign against the church, it passed into the hands of the Earls of Ormonde.

A new monastery for the Augustinian friars was founded in the town of Callan in 1766. The friary church is a long, rectangular building with a central bell-tower. The east end or choir, is lit by a fine east window and in its south wall is one of the finest sedilia (a seat for officiating priests) in Ireland. The domestic buildings and the cloister court no longer survive. However, a freshwater well still remains on the grounds of the abbey.

We will be Closed for Stocktake on Thursday 8th. December.We apologise for any inconvenience caused.We will be back open for business on Friday 9th. December. ... See MoreSee Less